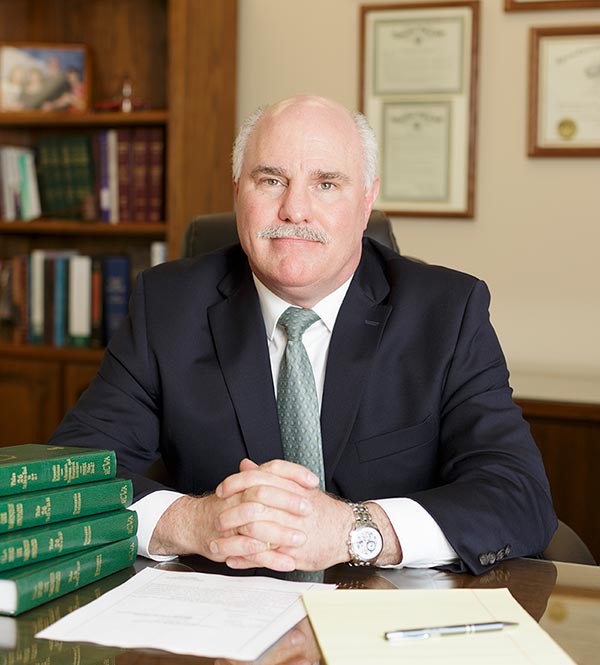 A native of the Pacific Northwest, Terry D. Gobel was raised by loving parents in the pioneer tradition of true appreciation for the value of an honest day's work, importance of the family circle, genuine respect for your fellow man, loyalty to America, and love for our Almighty Creator. During his teens, whether from the long harvest days in local farmers' fields to pulling lumber from the dusty conveyors in a nearby mill, Terry understood that education was the key to better ones' self for maximum Christian service to mankind.

Mr. Gobel was accepted for undergraduate studies, as an honors candidate, at Walla Walla University, a private institution, in 1981. His studies emphasized history, business, and modern languages. Summers were spent working in all aspects of Alaskan fisheries. In 1983, Mr. Gobel left the United States and spent a year in Valencia, Spain at Colegio Adventista de Sagunto. There he took intensive courses in Spanish language, history, art, culture, and literature. Mr. Gobel so distinguished himself as a student that he was asked to join the staff as an assistant professor of English for high school level students. Walla Walla University bestowed on Mr. Gobel a Bachelor of Arts Degree in 1985. Mr. Gobel is bilingual in Spanish, written and spoken.

In 1985, Mr. Gobel was appointed by Security Pacific Bank to serve as a salmon purchasing agent in the Pacific Rim, based primarily out of Bristol Bay, Alaska, and Bellingham, Washington. In 1986, he was recruited by ADRA to join the humanitarian relief effort in Kartoum, Sudan, a city located along the River Nile in Northeast Africa. Vast quantities of food resources were placed in vaults for use in case of future famine. This work continued until conflict resulting from the on-going civil war forced Mr. Gobel's secret evacuation from Sudan to Nairobi, Kenya by a special squad of United States Marines dispatched from the Embassy.

Mr. Gobel was unable to return to Sudan due to civil unrest. After returning to the United States, he was offered the position of Development Director with International Children's Care, Inc. (ICC). ICC is a non-profit organization under §501(c)(3) of the Internal Revenue Code. Mr. Gobel traveled the world raising nearly $1,000,000.00 in funds annually, meeting with civic and government leaders seeking their assistance in the rescue, adoption, and raising of orphan or abandoned children. In 1988, he and his wife, spent six months administrating an orphan relief center in Guatemala City, Guatemala.

In 1989, Mr. Gobel accepted an invitation to enter the Juris Doctorate program at Gonzaga University School of Law in Spokane, Washington. During the course of doctoral studies, Mr. Gobel clerked for the Office of Attorney General of the State of Washington, Idaho Legal Aid, and the Gonzaga University Clinical Law Program. He graduated from law school in 1992.

Work In The Law

Mr. Gobel founded his own law office on March 3, 1997. He continues to work at his thriving practice to this day. Since initial admission to the Washington State Bar Association, Mr. Gobel has also been admitted to the U.S. District Court (9th Circuit), U.S. Court of Appeals (9th Circuit), Supreme Court of the United States, and the Spokane Tribal Court of the Spokane Tribe of Indians.

Mr. Gobel has extended his practice to represent clients in Idaho with admission to that State's Bar in 2004. Mr. Gobel served the Superior Court for several years as a Family Law Guardian ad Litem. He presently serves the Spokane County Superior Court as an experienced Arbitrator, deciding contested cases. From 2007-2009, Mr. Gobel served as Trustee for the Spokane County Bar Association. In 2008-2009, the Washington Office of Administrative Hearings appointed Mr. Gobel as Judge Pro Tem to adjudicate contested matters involving State agencies and the public, until the global economic downturn forced a restructuring. From 2012 to present, Mr. Gobel has presided over cases as a Spokane County District Judge Pro Term. He is also a frequent lecturer on legal topics at continuing legal education seminars and a consulting expert to other law firms.

"I have been represented by Mr. Gobel for many years, and I am always impressed with his skill and knowledge of the law. I know I always have the best person for the job in my corner, and I am thankful to have had him as an attorney for so long. Nobody fights harder for their client's rights than Mr. Gobel."

"When my wife and I decided it was time to draft an Estate we used Gobel Law Office, PLLC for Will and Power of Attorney creation. Mr. Gobel quickly provided preliminary information, scheduled a meeting, and produced the necessary documents. He personally walked us through each section to confirm our intentions/wishes along with recommending several options with benefits and disadvantages of each. He even produced a necessary Notary to complete the documents. The process went very smooth and we are very happy with the support and service we received from Mr. Gobel. I appreciate that he takes the time to understand our goals for estate planning and makes sure those goals are met. We found him very easy to work with and would gladly recommend Mr. Gobel to anyone seeking a good attorney."

"In reviewing our wedding photographer contract, Mr. Gobel was very thorough, precise, and detail-oriented. Every possible area of legal issue was covered, and his advice was helpful to us and the wedding photographer. It was great to know that nothing was left untouched or unprotected!"

"Mr. Gobel is an exceptional person. He worked diligently until we were granted Final Non-Parent custody of our grandchild. He led us through a very stressful, emotionally difficult time in our lives. He always gave us sound advice and made sure my grandchild’s best interest were top priority. Mr. Gobel is a straight shooter who always treated all parties respectfully throughout the process. Gobel Law Office, PLLC was always available to resolve our concerns. Words can’t express how grateful we are. Mr. Gobel has given us peace of mind, and our granddaughter feels safe, secure and happy. We completely trust Mr. Gobel and highly recommend him. We will use him again in the future, if needed."

"Mr. Gobel’s rock solid values and sense of fairness made it very comfortable to work together for a positive resolution in my divorce.”"

"I cannot explain how Mr. Gobel has helped me through one of the toughest times in my life. He was not only professional but down to earth, always knew what to do and how to handle the situation. He gave me confidence when I had none and it’s because of him that I have custody of my daughter."

"Mr. Gobel did a great job on our family estate and Will planning. I feel safe with his work because he is devoted to making sure we understand what will or could happen in any circumstance, and that we have a plan in place."

"I have appreciated the fact that Mr. Gobel stays on top of things. When we talk about doing something and obtaining information or whatever the case may be, he doesn’t let things fall between the cracks so to speak. When Mr. Gobel says he is going to do something, he gets it done."

"I very much appreciated Mr. Gobel’s attention to detail and determination in resolving what was an extremely difficult case."

"We have been very pleased with our lawyer, Terry Gobel. He is an informed attorney and has always been on top of any issue or legal advice. His work for us has been exemplary and I would recommend him as an attorney to anyone needing prompt, accurate legal work. He has handled every issue with wonderful judgment and he truly cares for his clients."

"We appreciate very much the free legal advice that Mr. Gobel gave us. He helped us through a very trying time in our life and we are deeply indebted to him. Mr. Gobel is a wonderful man."

"I have used Mr. Gobel’s law services on several occasions over the past 10 yrs. ranging from a driving infraction to real estate needs. Having a high standard of ethics, values, morals, and principles is my top priority when searching for assistance with any legal issue. Mr. Gobel exceeded all those expectations as well as in services, quality of work, and fairness to fees for those services. He even assisted me in finding the right referral source for a specialty issue. I have never hesitated to send referrals his way from my co-workers or acquaintances. Thank you Mr. Gobel for the assistance you have given me over the years."

"Mr. Gobel is honest, courteous and extremely knowledgeable in the law. He has represented me for many years and I always feel like I have the upper hand with him in my corner. He fights hard to make sure my rights are protected, and I know he won’t back down from whatever challenges we are up against."

"Employment Screening Services, Inc. has used Mr. Gobel on a couple cases where we needed his specific experience and we have always received quick, courteous service and a very in-depth consultation so we fully understood the ramifications of all aspects of our case and any actions we would be able to take. We could not be more pleased with his service."

"I have engaged Mr. Gobel several times on differing circumstances, and the level of professionalism, care and expertise is exceptional. When I engage Mr. Gobel, I know I am going to be fairly charged and get exceptional service.”"

"I always felt like my needs were met. From the initial meeting, Mr. Gobel was responsive to my calls, questions and concerns. I am so grateful to have had him help me through a difficult time."

"Rarely does a person find an attorney they can trust who truly cares about his clients. Mr. Gobel has repeatedly demonstrated his passion for upholding the law. He represents us with compassion and integrity."

"With his extensive experience in family law and his deep compassion for his client’s, Mr. Gobel helped me through one of the most difficult times of my life. Mr. Gobel cares!"

"I am very satisfied with Mr. Gobel’s services! His honesty and knowledge of the law helped me get through the alleged allegations that my ex-husband reported. I would recommend Mr. Gobel to anyone who needs an attorney with his expertise."

"Mr. Gobel is a very thorough and competent professional who had my best interests in mind. It was evident in Court that his preparedness was key to his success. Mr. Gobel always offered realistic and honest counsel"

"Mr. Gobel is extremely conscientious as to legal matters and the integrity of the law is upheld."

"Mr. Gobel helped me through a tough time in my life. I found him to be very sympathetic, personable, and knowledgeable. He was willing to fight for my rights and what was justified, not just settle. I would use Mr. Gobel again or recommend him to anyone who needs legal counsel."

"Without Mr. Gobel’s help, without his integrity, without his professionalism, without his excellent knowledge of the law, and his compassion for T’s case, we never would have made it through this far."

"Mr. Gobel is the reason our family stayed together, the reason we got to finish raising our three youngest kids. He is very professional, did amazing research to find all the options available and won our case. When the financial part became overwhelming, he helped us get free legal aid to finish what he had started. We were at a loss as to what needed to be done and Mr. Gobel led us through step by step. He was very thorough and supportive."